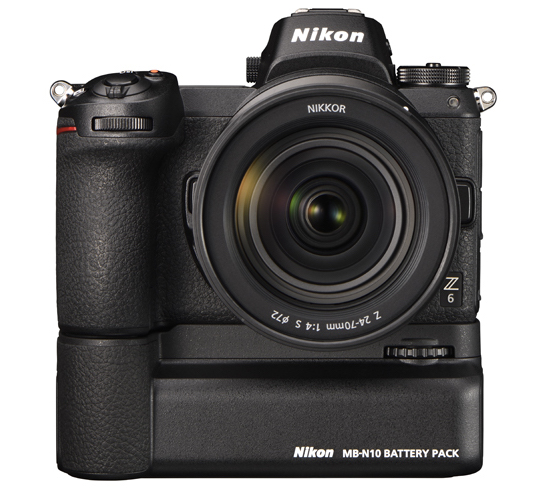 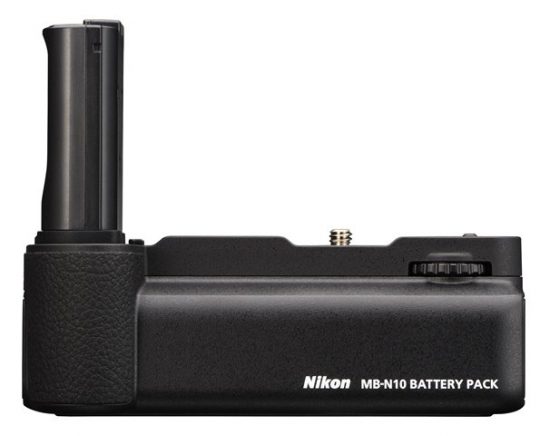 TOKYO - Nikon Corporation (Nikon) is pleased to announce the release of the MB-N10 Battery Pack for the Nikon Z 7 and Nikon Z 6 full-frame (Nikon FX-format) mirrorless cameras. Development of the MB-N10 was announced on August 23, 2018.

The MB-N10 can hold two EN-EL15b rechargeable Li-ion batteries, allowing users to record approximately 1.8x more stills and movie footage with the Z 7 and Z 6. In addition, the MB-N10 is a "hot swap" battery pack that continues to supply power even when one of the two batteries is removed, as long as the other is not exhausted. This supports shooting and recording for longer periods of time by allowing users to replace an exhausted battery with a fresh one without interruption.


*1Endurance varies with the condition of the battery, the temperature, the interval between shots, and the length of time menus are displayed.
*2Based on CIPA Standards.
*3When the MB-N10 holds two EN-EL15b batteries and only the viewfinder is used to frame shots.
*4The maximum recording time for a single movie is 29 minutes 59 seconds.
2."Hot swappable"


*Recording may end if the camera temperature rises, even if the batteries still retain charge.